Why Is White Tea So Expensive? 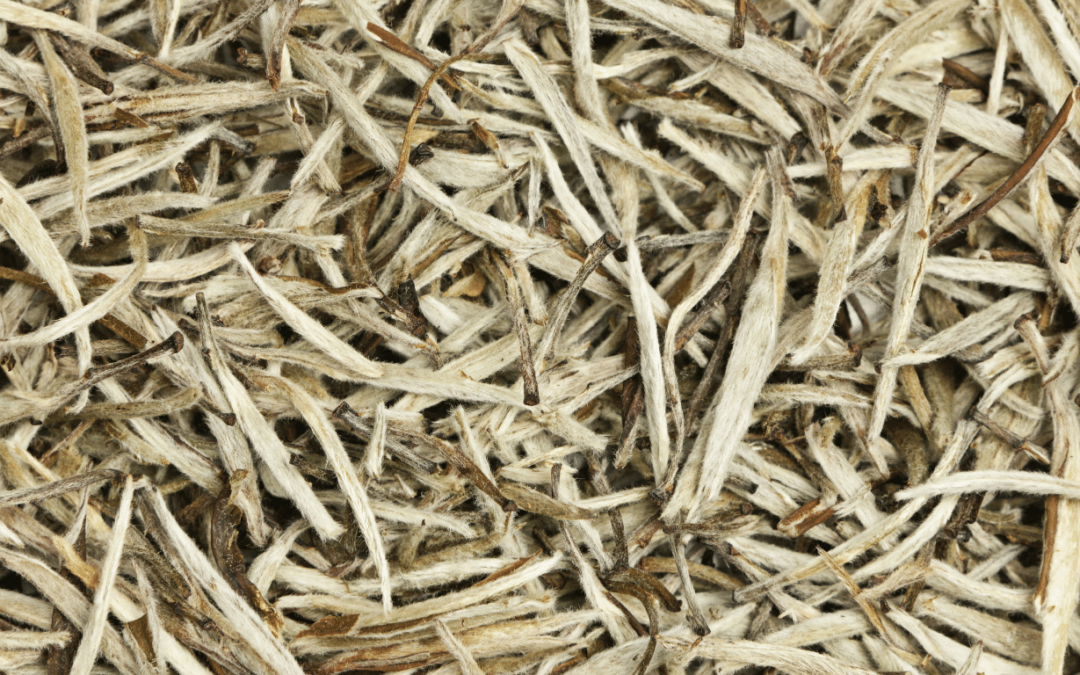 White tea, a superior variant to the most decorated leaves of all time, is undoubtedly the talk of the town. There’s a good chance that you have heard about this beverage in some way or the other. While regarded as the most beneficial among all it’s other peers, white tea is also famously, or rather, infamously known for it’s exorbitant price! But what makes it so expensive anyway?

What Is White Tea? 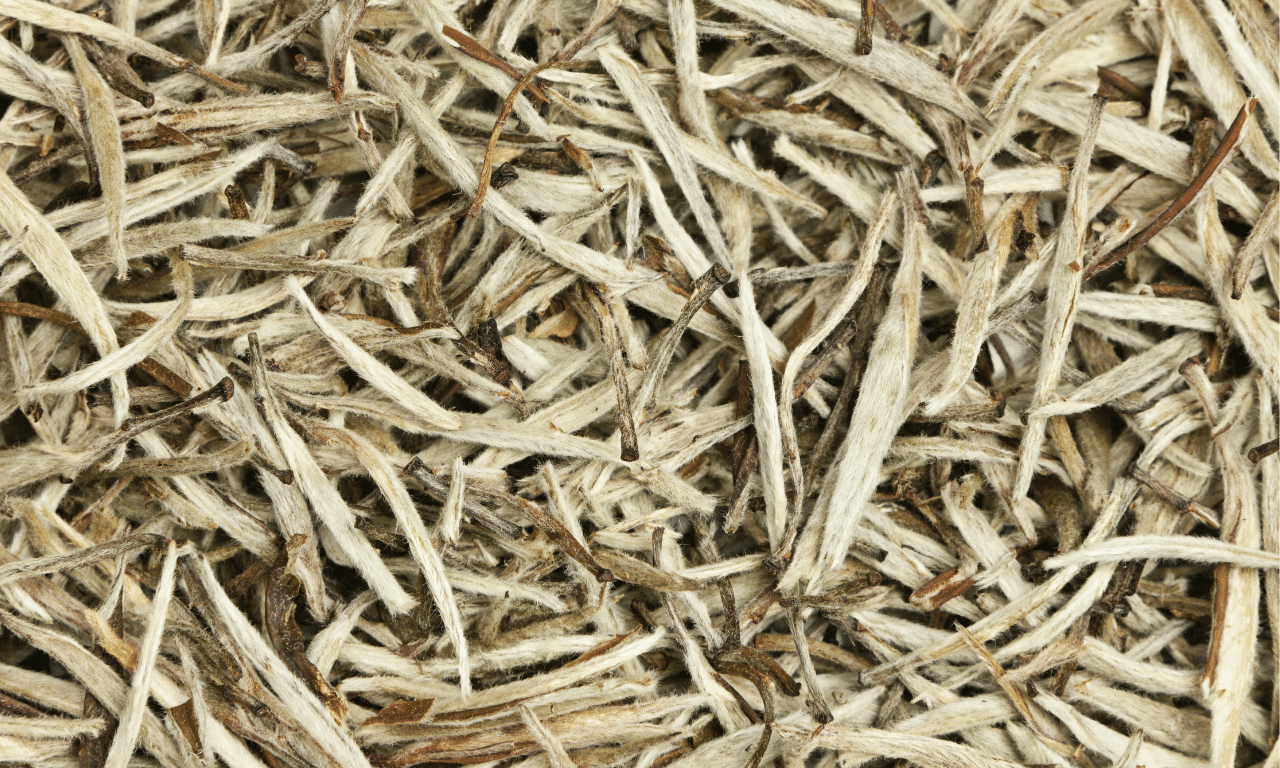 There is no doubt that Indians are true Chai lovers, regardless of where they live. Irrespective of the season or the time of the day, a cup of tea can be a total mood lifter for the Indians in us.  However, in comparison to the past, people now are more particular and conscious of their preferences and needs even when it comes to their favorite forms of beverages.

Since, tea and coffee beverage fanatics nowadays are constantly being advised to cut down their levels of caffeine consumption, so they are now switching to the more healthier options. Thus, with changing times, preferences for the type of tea meant to be consumed has also changed. Masala Chai lovers have now moved on to Green Tea and the very fascinating White Tea.

But what is this White Tea?

White Tea is one of the finest and rarest varieties of tea to be found. It is one of the least processed tea beverages found in the industry. It is this unique feature that makes this variety so exquisite. This tea has a delicate flavor and aroma that are sure to capture your senses.

The light and mild taste of this tea type is often found to be naturally on the sweeter side. With a refreshing taste that can be consumed throughout the day, it is considered to be one of the finest. Furthermore, the taste of this tea gets more enhanced by the several infusions made with it.

The origins of White Tea are said to have been rooted in Imperial China. The first emergence of White Tea is thought to have taken place during the reign of the Tang Dynasty between 618 and  907 A.D. At that time it was exclusively enjoyed by the folks belonging to the royal families. Imperial emperors and their closest associates were the only ones who were allowed to taste this delicacy.

Often, the subjects of an empire would establish royal tea gardens and present the emperors with the finest qualities of tea to express their gratitude. This was the giving of tribute teas to the emperor.

Following the Tangs were the families belonging to the Song Dynasty who furthered the popularity of the beverage by infusing floral flavors to it. While during the rule of the Tang Dynasty the Silver Needle tea (a type of white tea) was used in powdered or caked form, later on, the Ming Dynasty introduced the use of loose and whole tea leaves for making tea. In recent times, the Silver Needle White Tea or Bai Hao Yin Zhen is considered to be the highest standard of White Tea on the market.

How Is White Tea Harvested?

White tea is known to be expensive. But that has something to do with how it is harvested in general. Just like Green, Black, Oolong or Pu-erh tea, White Tea is also made from the leaves of Camellia Sinensis, more commonly known as the Tea Plant. The method in which White Tea is extracted is different from that of the other varieties of tea obtained from this very Tea Plant. The use of this particular extraction technique gives White Tea its distinctive and unique flavor. It is minimally processed and thus is one of the most unadulterated types of tea.

The harvesting of White Tea leaves is undertaken during the spring months. In spring, buds and flowers bloom at their peak when they can be plucked at their freshest. This makes it the most suitable time of the year to pick White Tea leaves. White Tea is made only with immature buds and select young leaves which sometimes have not yet opened.

Each of these buds and leaves are hand picked meticulously by harvesters to ensure that only the leaves that have fine white hairs attached to them are picked. It is probably because of the white hair-like strands with the leaves that give it the name – White Tea.

The leaves once plucked are left to get naturally withered for approximately 72 hours. Post-withering, the leaves are dried either under direct sunlight or in many cases in a room where the temperature is carefully monitored and controlled. As opposed to how the leaves for Green Tea and Black Tea are rolled, the leaves of White Tea are not rolled or furled and are extremely lightly or not at all oxidized.

Any tea leaf that is allowed to be exposed to oxygen is said to have been oxidized. Oxidation leads to darkening of tea leaves which cannot be permitted in the case of White Tea so as to retain its natural properties.

Harvesting, Withering, and Drying are the three simple steps required to produce White Tea, making it one of the purest teas you will find on the market. Contrary to its name, White Tea is not actually white in color. As a result of a specific process of manufacturing, White Tea gets a fresh fragrance and is usually pale yellow in color.

Unlike Green Tea which has a grassy and earthy flavor tone, White Tea has  floral and fruity tones of flavor like that of honey, citrus, peach, melon, etc. This particular technique is undertaken to meet the standards of producing the highest and the finest quality of White Tea.

Why Is White Tea So Expensive?

The harvesting process of White Tea may be simple but it is laborious and demands a very high level of attention to detail. This is necessarily because White Tea is made only with the blossoming buds and leaves which have white hairs attached to them. Although the harvesting of these leaves requires a lot of time, the production period of these leaves is limited which makes White Tea such an expensive variety when compared to other types of tea.

A great deal of care needs to be taken by the harvesters to preserve the white strands of hair or ‘pekoe’ that envelop the young leaves, thereby, making the process very expensive. When it comes to cultivation, the role of the farmer plays a huge part. Experienced harvesters who have an eye for detail play a huge role in determining the quality of the tea.

The meticulous manual labor by the cultivators and the time required to produce White Tea makes it an expensive choice. Since, White Tea is made with the very first flush of the year, the demand for the first yield is very high which makes it one of the rarest types of tea. In recent times, the demand for White Tea has been increasing, with every slight increase in its production, making it more and more expensive.

The several health benefits present in White Tea like that of low levels of caffeine and very high amount of antioxidants has  nowadays escalated its demand even among the common folks. This further has increased the price range of the tea.

Darjeeling White Tea is the only White Tea produced in India. The White Tea leaves grown in the city are characterized by their fluffiness and lightness.These are grown in high altitudes and are mostly sun dried. After brewing they exhibit a smooth and honey-like flavor with a slightly darker shade of yellow, usually like the color of gold.

The White Peony Tea or Bai Mu Dan (a variant of White Tea)  grown in Darjeeling can easily cost someone around Rs 15,000 per kg or even more, while the Silver Needle White Tea or Bai Hao Yin Zhen can cost around Rs 20,000 per kg. .

Since, the availability of homegrown White Tea is limited in India, sometimes it is also imported from China to suffice for the rising demands. The Silver Needle White Tea is among the most expensive types of White Tea in the world since it is made with only the top buds or the leaf shoots of Camellia Sinensis. This distinctive type is primarily cultivated in the Fujian province of China. The Silver Needle White Tea imported from China can turn out to be very heavy on your pockets.

What Are The Benefits Of White Tea? 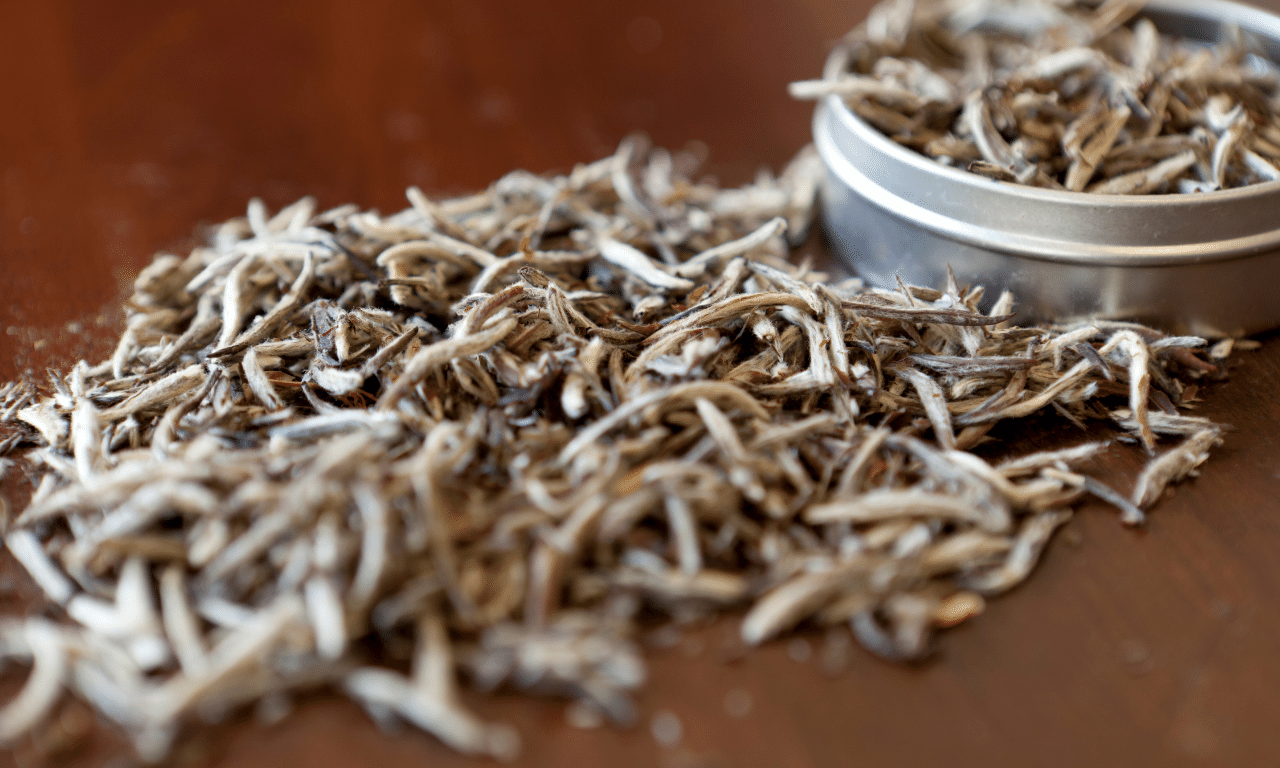 Now that you do understand the pricing is pivoted around the limited quantity of supply, white tea is still the most valuable asset when it comes to health benefits. Individuals’ knack for shifting towards a healthy lifestyle has made them more specific and conscious about their requirements and thereby the choices made by them.

This is even getting reflected in their choice of beverages, leading to popularization of types of tea like Green Tea and White Tea. Consumption of White Tea on a regular basis can have a very positive impact on your overall health.

Here are some of the benefits of consuming White Tea: