What Tea Is Best For Milk Tea? 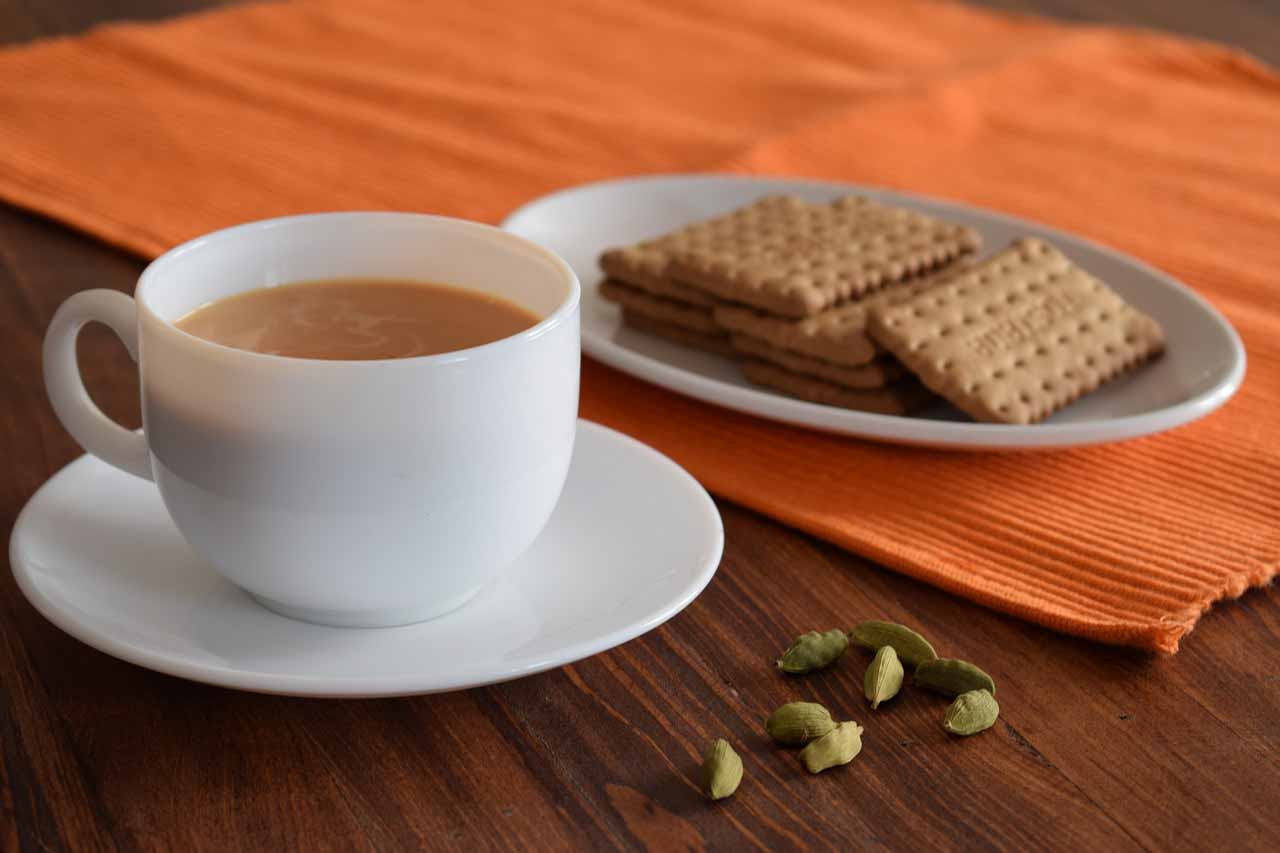 Tea is the fastest-growing beverage across the globe. Tea is believed to be the second most-consumed drink in the world, right after water. The buzz around tea seems to be never-ending. It can be rooted in the fact that tea has so much to offer to its consumers. You have numerous drinking options available in front of you. You have so much to choose from. Varieties of flavors, aroma, texture, and so much more to add up to your drinking choice.

Perhaps the fascinating part of this beverage remains the numerous ways in which it can be served. Tea can be served chilly with ice as iced tea. Or perhaps you enjoy the herby green tea. Or maybe the fruity raw aroma of black tea is your favorite, or maybe even milk tea loaded with sugar is your type of drink! You can make up tea in every way possible and still get delighted by its aroma and flavor every time you take a sip.

Milk tea is one beautiful way of serving your cup of tea. Everyone seems to enjoy it irrespective of the background they hail from. The rich aroma and the sweet taste of the milk tea never fail to amaze you. But which tea compliments your milk tea the best? Everyone has a preference for the milk tea they consume, but is there any specific tea leaf that brings out the best from the milk?

Tea leaves of different grades make up different variations in the flavor they offer and also in the infusion they give. Tea leaves are broadly categorised into White tea, Green Tea, Oolong Tea and Black Tea. Each of these variations has different flavors to flaunt. While white tea is best made with just warm water, black tea can serve as an excellent base for a cup of tea with warm water, or milk tea with sugar if required.

What Is Milk Tea? 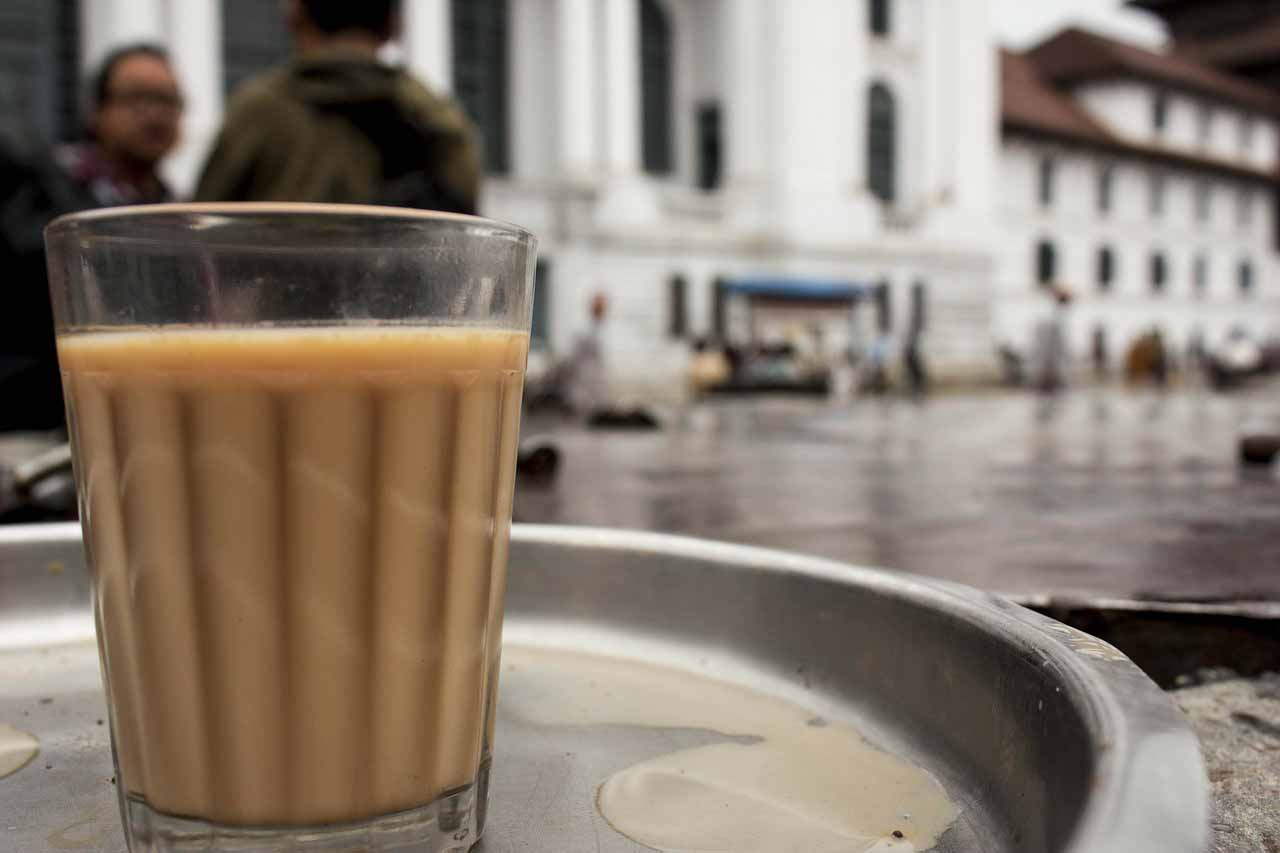 Milk tea is essentially the infusion of tea leaves in milk; instead of the most commonly used water. Milk tea is generally served hot. Black tea and specific blends of CTC tea leaves are frequently used to create the beverage. It is a pervasive mode of the drink in several places across the globe.

Milk tea with sugar is one sweet beverage you would relish every sip of. You get the best of both worlds. The intense flavor of tea leaves and the pleasant aroma is well complemented by the milk, and sugar balances the overall taste.

While you can brew a cup of milk tea with any tea leaves you prefer, there is actually a type of tea leaf which yields the best result. Black tea is known to be the most potent tea leaf among the other variants. This has something to do with the higher levels of oxidation in the tea leaves. The robust and intense flavor of the black tea makes it little bitter and sharp. However, this property is exceptionally beneficial for brewing a cup of milk tea.

Milk in itself is a sweetened beverage. The sharp, intense notes of black tea complement the milk brilliantly and therefore forms an inseparable duo. Black tea is generally preferred when you imagine a cup of milk tea.

Black tea is a broad umbrella term which covers various grades under itself. While commercially available black tea is generally long leaf gently rolled tea leaves, it is the black tea produced by the method of CTC, which yields the best result when considering brewing a cup of milk tea.

What Is CTC Tea? 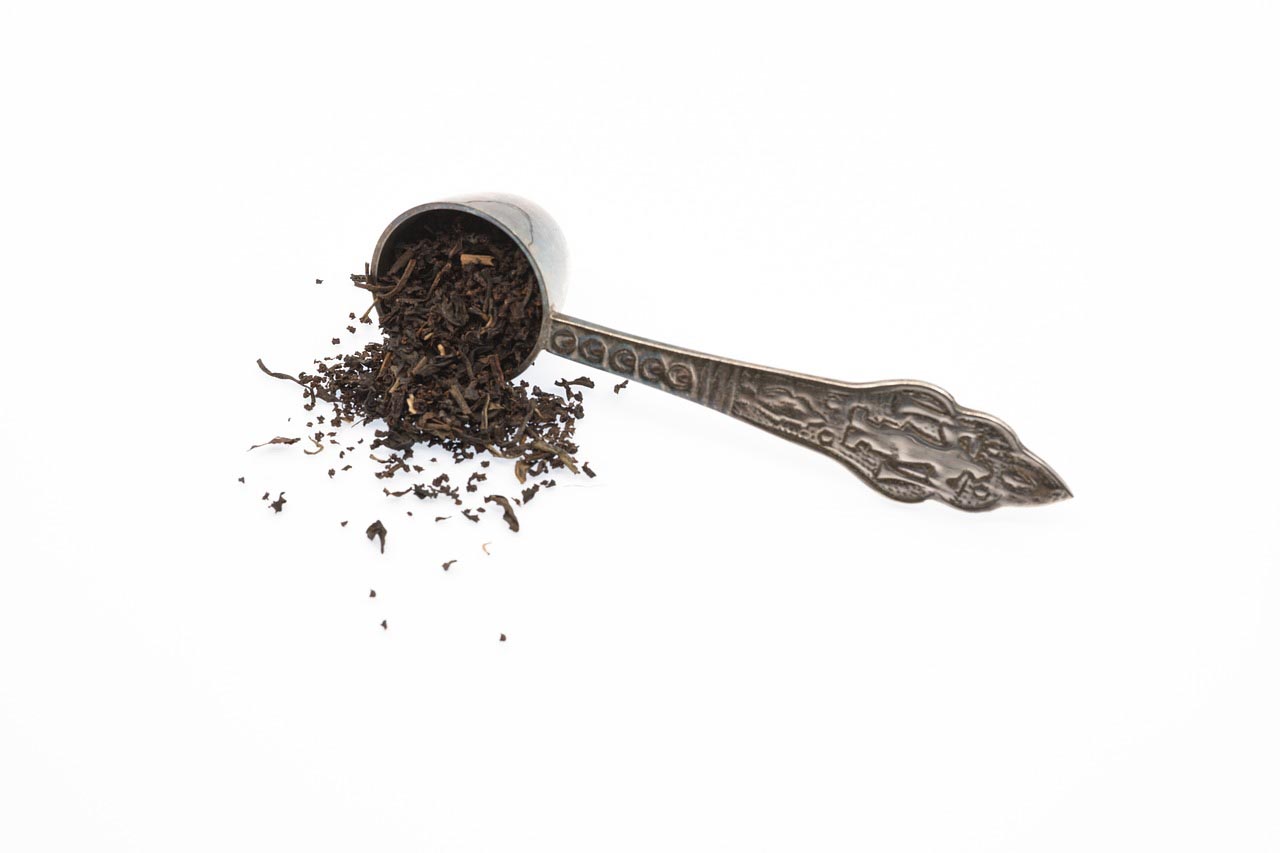 Tea leaves produced using the method of CTC (Crush, Tear, Curl) is known as CTC Tea Leaves. The origination of this method dates back to 1930s by Sir William McKercher in Assam, India. The process quickly became popular in the 1950s throughout India and Africa. Nowadays, this is the most common method of production of black tea across the globe. It is also known as Mamri tea.

In this method, tea leaves are made to pass through a series of sharp blade rotors which crush and tear open the plucked tea leaves. Machines then roll these tea leaves into hard pallets of tiny size. Tea leaves produced using this method are very strong in flavor, have a slightly bitter taste and are very quick to infuse.

All these properties of CTC Tea leaves make it an ideal choice for brewing a cup of milk tea. Milk requires quick infusion and a strong flavor to give the best out of milk tea. CTC tea leaves infuse very quickly due to the small size of the pallets and also because of the increased quantity poured in similar serving size. The leaves release a reddish color liquor which blends quickly with the milk.

CTC method produces tea leaves of various grades depending upon the sizes of the pallets. Each grade is specifically named and has a specific property which distinguishes it from the others. Pallets with larger diameter give better aroma and thicker infusion compared to pallets of small diameters which are very quick to infuse and are ideal for teabags. 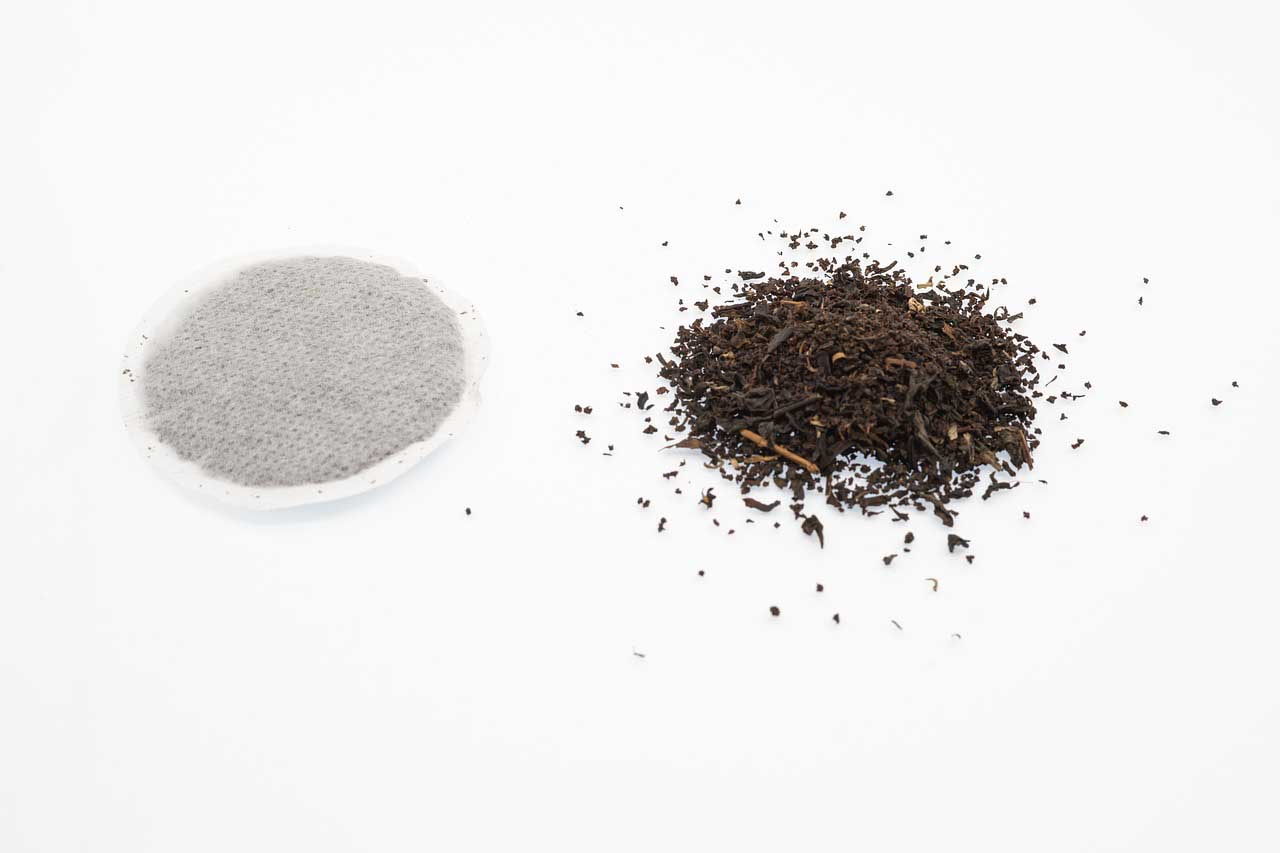 Most of the commercial tea bags available contain tea leaves made using the CTC method. The smallest grade produced is generally dust ( the name is self-explanatory). Dust grades are ideal for teabags. Teabags have the requirement of faster infusion in limited quantity serving. This makes dust grade a perfect partner for a teabag. Dust infuses very quickly and gives a strong liquor making it ideal for both milk tea and red tea.

Another crucial point to this remains the cost-effectiveness of the CTC tea leaves. Whole leaf teas are usually hand-plucked from the bottom region of the tea shrub. The smaller leaf sizes are considered the best for its production. The conventional method also requires many complicated mechanisms which ultimately add up to the price.

CTC tea leaves, on the other hand, are less specific. The quality and size of the tea leaves are not very important when taken into consideration. It leads to a higher quantity of tea leaves being extracted for production. The CTC method is also less complicated and involves lesser workforce for governance. The time required for production is also much lesser as the time necessary for steps such as withering, drying is considerably reduced.

This increases the production of tea leaves and ultimately reduces the overall price. CTC tea leaves are therefore cheaper in general and yield much higher production quantities. Commercial tea bags have become a sensation, all thanks to CTC leaf production method. 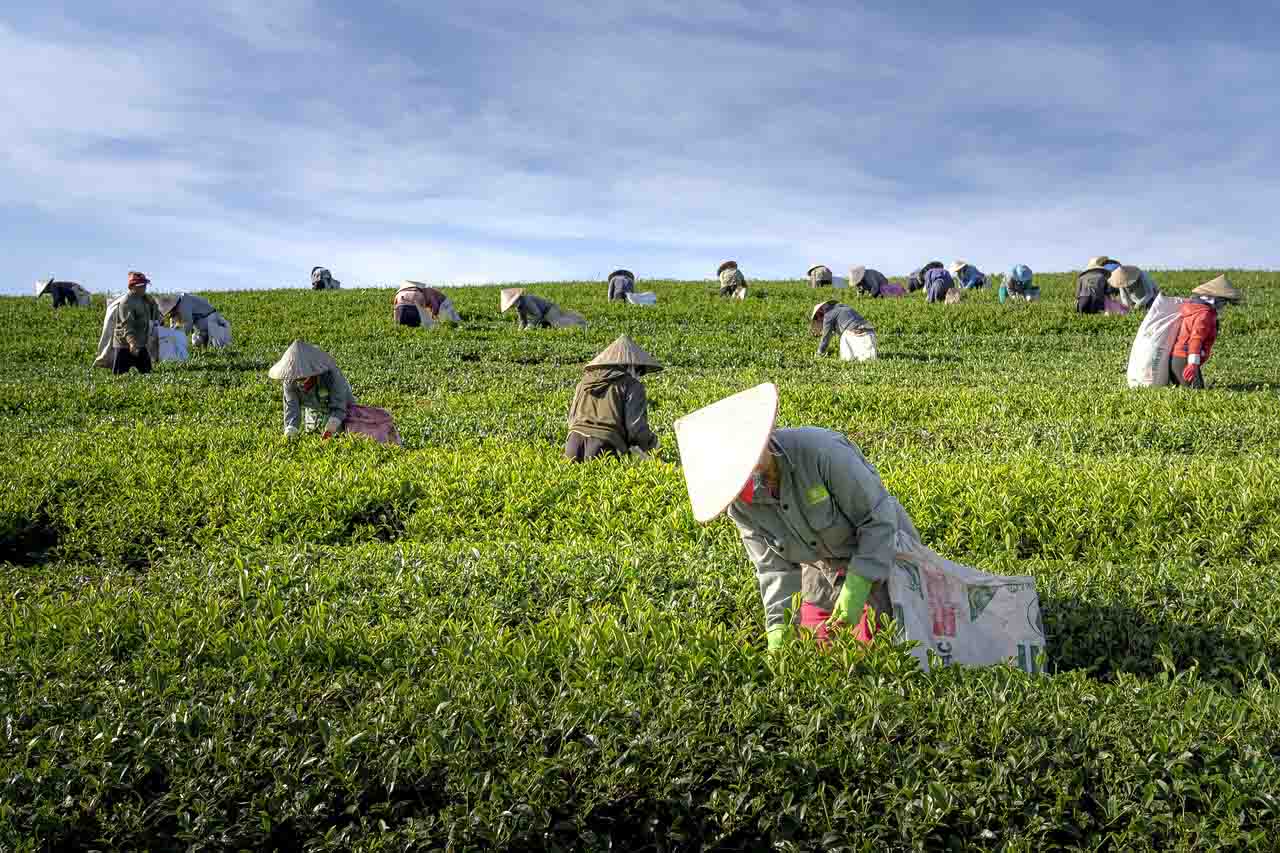 The method of production involved in making CTC gives it a constant flavor from one batch to another. CTC tea has been prevalent in Europe in the form of English Breakfast, Irish Breakfast or the Afternoon tea. In India, Assam tea is very famous for its CTC tea production. Assam tea is known to have a more pungent flavor and quicker infusion. CTC tea available in the North Bengal region of Dooars and Darjeeling is extremely good scented.

CTC tea leaves sold in the Indian subcontinent is mostly a blend between the strong Assam tea and flavory North or South Indian tea. A blend ensures a strong liquor and an irresistible aroma, all by managing to be very affordable. Industries ensure the tea they sell is well balanced and is evenly blended.

It is evident from the facts that black tea produced using the method of CTC is an ideal partner for your milk tea. When you use milk as a base instead of water for brewing your tea, it requires much more robust and faster infusion. The sweetness of the milk is complimented well by the intense flavor from the CTC tea leaves. The quick infusion allows a quicker brewing time. No wonder CTC tea leaves are in huge demand across the globe.