Can Tea Help You Stay Awake? 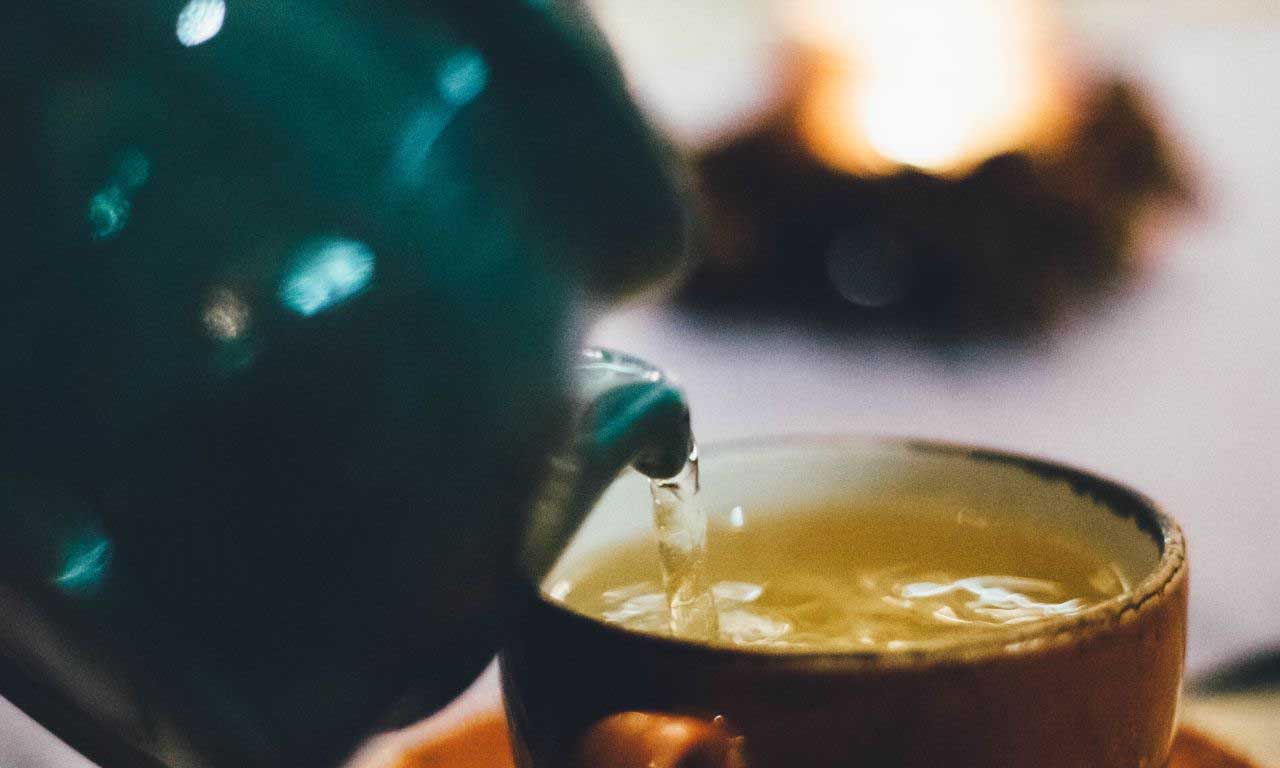 Tea is known to be a refreshing drink. The growing popularity of tea is a result of its high medicinal values besides just being refreshing. It is often chosen as a drink to keep you active and fresh.

Can tea help you stay awake? The answer is, yes; it can. Tea contains a considerable amount of caffeine. Caffeine occurs naturally to a tea plant. This caffeine in the tea is responsible for keeping the consumers awake and fresh for a longer time. The amount of caffeine, however, varies with the variety of tea leaf used.

Tea is the second most consumed beverage in the world, right after water. There is an ever-increasing demand for drinking tea across the entire globe. Not only does it taste wonderful and has varieties of flavors to offer, but also tea has been associated with several medicinal values. No wonder several studies have claimed the health benefits associated with drinking tea.

With ever-growing demand, there have been extensive studies about the benefits tea has to offer for the consumers. A widespread question arises in this regard, can tea help you stay awake? Does it contain caffeine? Can this have any adverse effects on the human body? Is it okay to have tea on a daily basis? Let us try to answer the questions one by one.

The nutrient values differ to some extent, from variety to variety. Now, does tea contain caffeine? The answer is, yes, it does. Except for certain types of herbal tisanes, tea leaves come with a dosage of caffeine. Caffeine is a naturally occurring substance common to many plants, and the tea plant named Camellia Sinensis naturally produces the caffeine content found in the tea leaves.

Caffeine is known to be the world’s most consumed proactive drug. It is entirely legal and unregulated in most parts of the world. Caffeine is a very popular Central Nervous System stimulant and has several impacts on the human body. The most popular being the reversible blockage of the action of adenosine on its receptors and thereby preventing the onset of drowsiness induced by adenosine.

In short, caffeine is ubiquitous for its sleep-preventive qualities, along with being responsible for creating a sudden surge in energy within minutes of consuming it. Caffeine in minor quantities is safe for human beings. Beverages such as coffee and tea have some small amounts of caffeine present in them. Thus comes the argument of tea helping in staying awake.

How much of caffeine does tea contain? How less is it compared to coffee? Well, like it is mentioned before, the amount of caffeine in tea alters with different varieties being used to measure. The time of steeping also changes the amount. Roughly, according to studies, tea has an average of 11mg caffeine per 100gm of tea leaf.

Categorically speaking, Black tea has the highest quantity of caffeine among other tea leaves. Although black tea and white tea originates from the same plant, only differing in the time of harvest and size. This increased quantity has to do with the amount of oxidation. Black tea is the most oxidized tea variant. This gives the sharp and bold flavors to the black tea and increases the extent to which caffeine from the tea leaves infuses hot water. Black tea, in general, is steeped into hot water for a longer time giving the extra dosage of caffeine.

Amount Of Caffeine In Different Varieties Of Tea Leaves

Comparing the average dose of caffeine contents in coffee, we find almost two cups of black tea contains an equivalent amount of caffeine contained in a single cup of coffee. On average, coffee contains about 40mg of caffeine per 100g. That is equal to about 95mg (70-140mg) of caffeine served per cup (237gm). 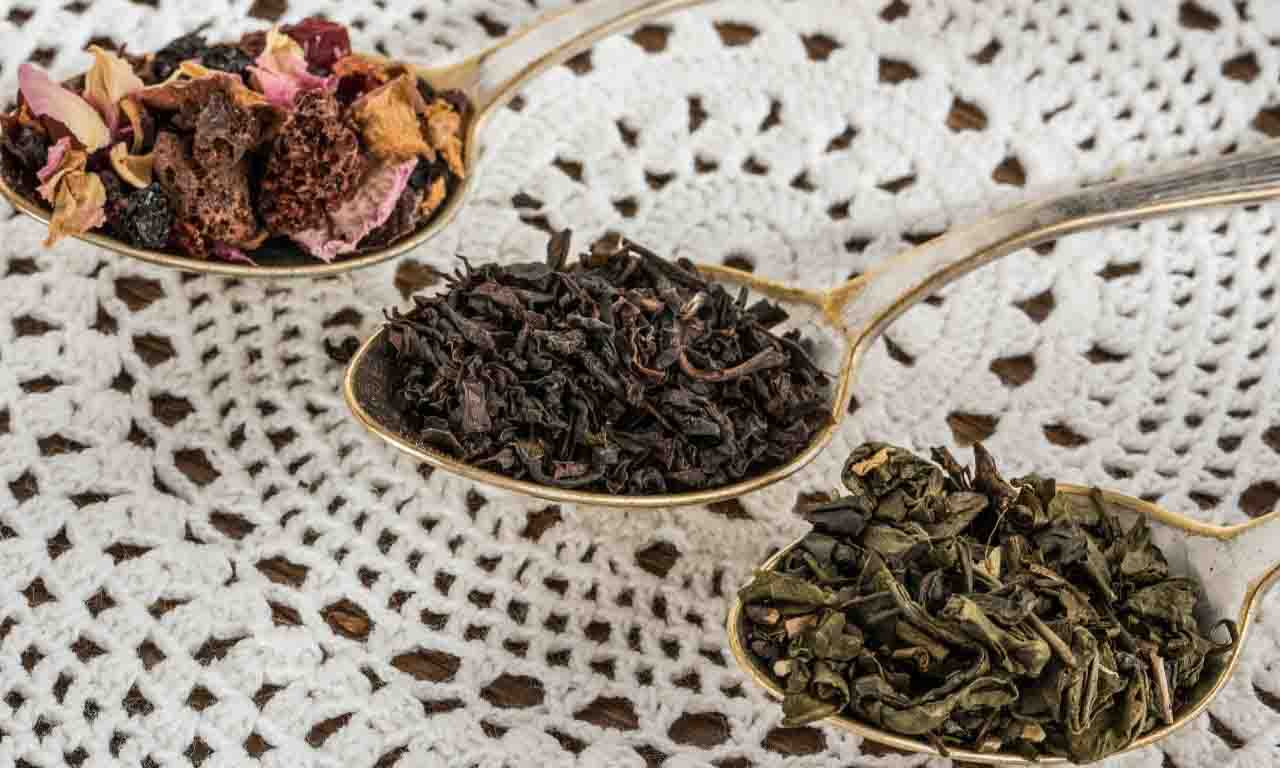 How much of caffeine does Oolong tea contain? Oolong tea falls in the middle category containing about 11mg of caffeine per 100gm. That equals to about 35mg (30-60mg) per serving (237ml).

How much of caffeine does green tea contain? Green tea is oxidized to a rate of hardly 5-10%. Thus there is a meagre amount of caffeine of about 24gm (20-45mg) per serving (237ml).

How much caffeine do herbal teas contain? Herbal teas are marketed as caffeine-free products. This is not the case always as a cup of standard serving size (237ml) herbal tea can hold a maximum of 12mg caffeine. However, the quantity is very minute and is thus considered almost negligible.

The method used for brewing the cup of tea also decides the amount of caffeine your cup of tea contains. If you want a more potent drink, go for a stronger dip of tea. This happens because of the process known as infusion. Infusion is the process of steeping tea leaves in a hot cup of water. The hot water extracts the flavors from the tea leaves, gradually making the flavored drink. 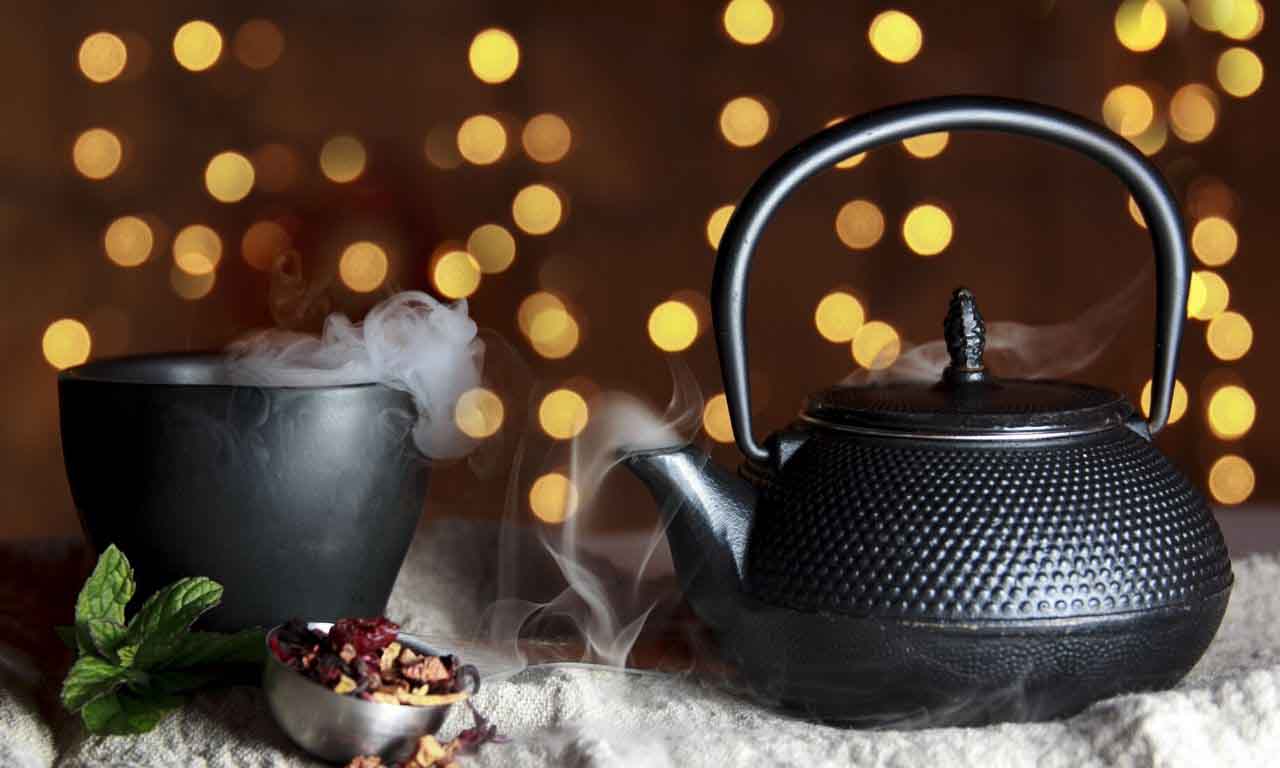 The other important factor to this remains that a cup of tea gives the caffeine boost much slower compared to the cup of coffee. A gradual rise in curve makes the effect lasts for a longer duration. You are usually more active for more period of time drinking a cup of tea.

What Is Crash Time?

The crash time or the time when the effect usually fades away is much gentle in the case of tea. The crash time for a cup of coffee can leave you exhausted to a great extent. Tea, on the other hand, gives much gentle effect during the crash time, making it smoother. The general feeling of exhaustion is avoided to an extent with a cup of tea.

So, let us address the questions one by one. Caffeine, like it is mentioned before, is known for its sleep-preventive qualities. People take in this legal drug intentionally to increase focus and often to prevent the effect of drowsiness. Tea leaves contain a considerable amount of caffeine. So, can tea leaves help you stay awake? Yes, they can. The caffeine in the tea leaves prevents the feeling of drowsiness. It also helps gain a steady focus. Many people prefer tea over coffee for the gradual effect that it has.

Definitely it is. According to the FDA, the safe amount for the consumption of caffeine for a healthy adult is about 400mg per day. The amount varies with age and also with certain exceptions for the caffeine allergic people. Therefore, for an average healthy adult, the amount of caffeine required from a cup of tea to harm a human body is about ten cups of tea. It is always advisable to limit your consumption to this limit.

Can This Have Any Negative Effect In Human Body?

Unless you decide to drink beyond the safe limit of ten cups of tea per day, you are good to go. Beyond the limit, caffeine can cause certain effects in your body. Certain caffeine overdose symptoms include nervousness, jitteriness and other such similar symptoms. Avoid getting more cups of tea than required.

Is It Okay To Have Tea Daily?

Surely, tea consumed within the safe limits is not harmful to the body. It does not cause any caffeine overdose and will not harm your body. It is safe to consume tea daily. Besides its medicinal qualities, it refreshes your body and freshens your mood.