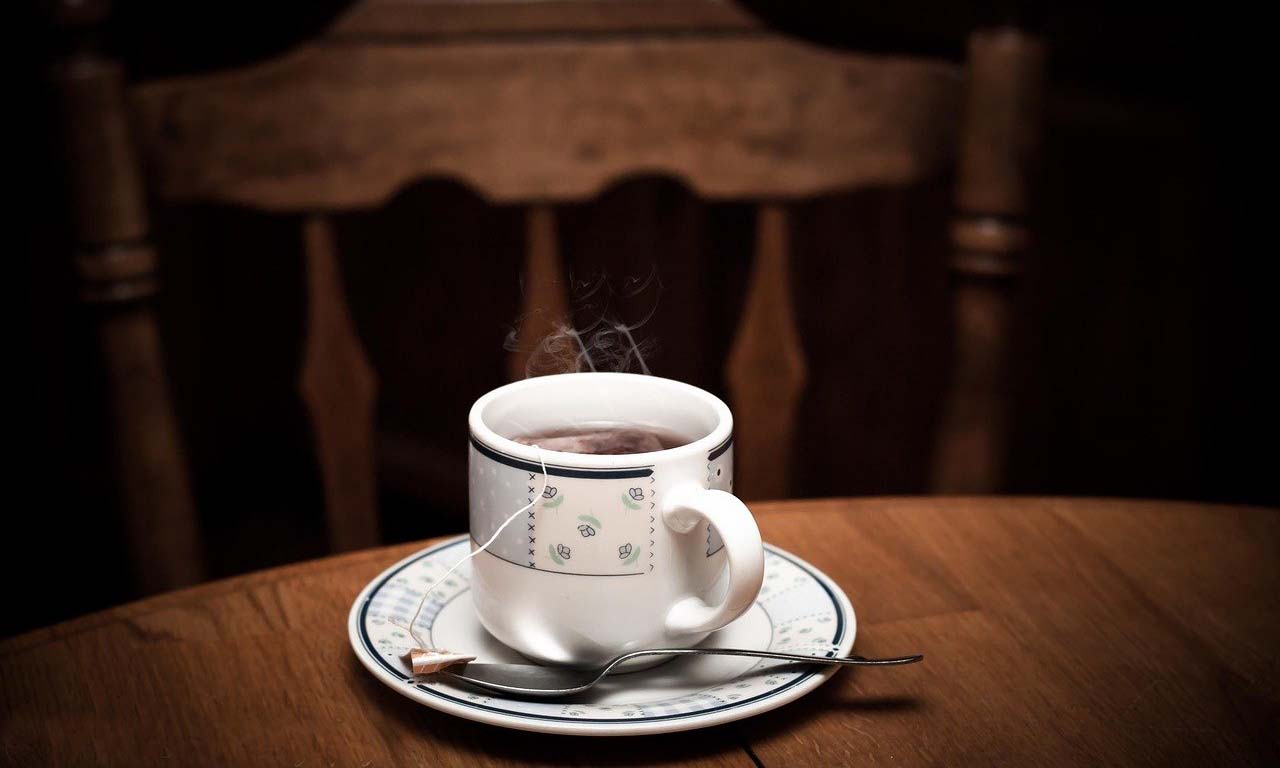 Evaporation is a natural phenomenon which occurs when the surface molecules of a liquid get converted into gas after getting collided with its neighbouring particles. This brings a question into our mind.

Can tea evaporate? The answer is, yes; tea can evaporate. Like any other liquid, tea is prone to evaporation. The rate of evaporation alters with the process used for storing the tea. However, it should be noted that tea cannot evaporate completely into thin air under fixed temperature and pressure.

Tea is a magical drink; the most consumed drink right after water. Tea is basically an infusion created out of dipping tea leaves (plucked out of an evergreen shrub named Camellia Sinensis) into warm water. The warm water extracts the flavours out of the tea leaves and forms the tea that we drink. Thus, tea is essentially a drink composed mainly of flavoured and aromatic warm water. This brings an important question into our minds, can the tea evaporate? Can the tea evaporate completely into the thin air right in room temperature? Let us look into the questions one by one.

Well, to answer this question, we need to first understand what evaporation is. Evaporation is a phenomenon that occurs on the surface of a liquid as it changes into the gaseous phase. This happens because of the constant collision in the molecule of the liquid particles. When a molecule absorbs enough energy from it’s surrounding particles, it overcomes the vapour pressure. The excited molecules then escape and enter the surrounding air as a gas. However, the surrounding gas should not be saturated with the substance being evaporated.

So, can tea evaporate? Well, yes, tea like any other liquid evaporates into gaseous form. The rate of evaporation from the surface, however, depends on a number of factors. Be it instant tea, or tea brewed using traditional methods, every form of the drink is equally likely to evaporate. 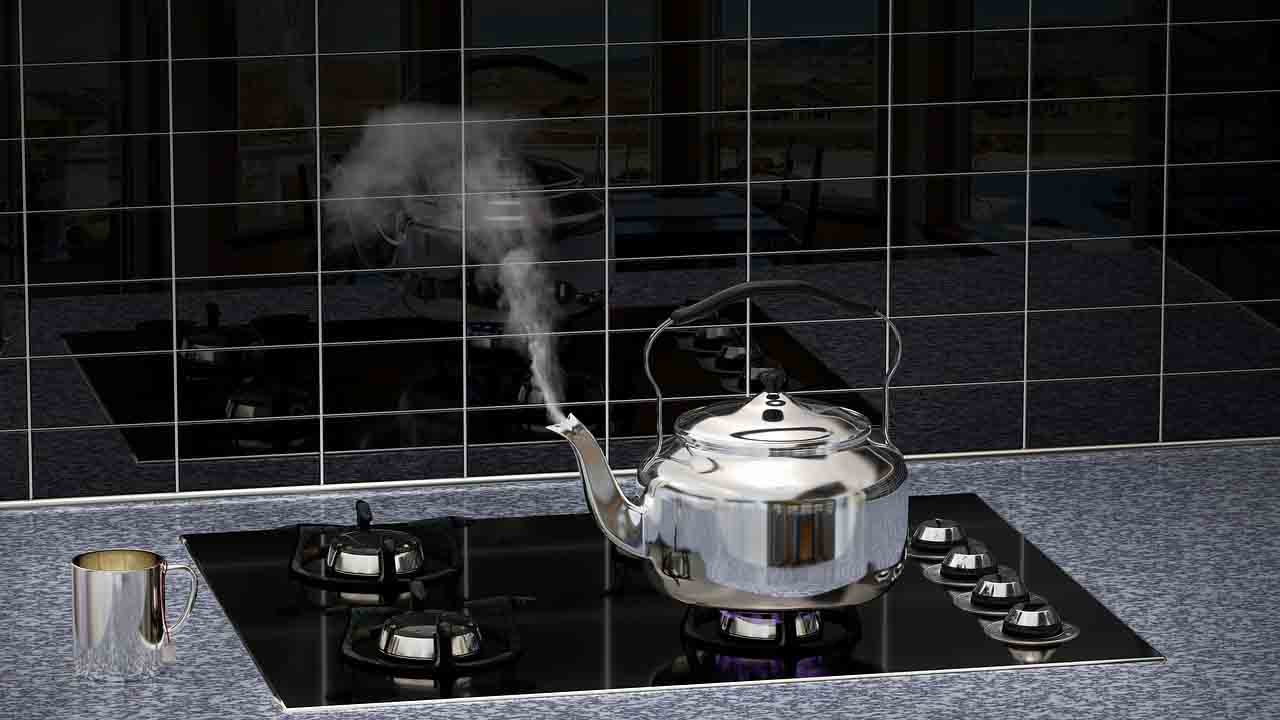 A common occurrence recorded on every household definitely is involved with the process of brewing a cup of tea. If the method of hot infusion (that is, the method of pouring hot water on tea leaves) is used, we often find that the amount of water we started with, is never equal to the amount of tea brewed. The tea brewed will always be lesser than the amount of water we started with. This is because, during the process of boiling, a bulk amount of liquid molecules get excited, and convert into gas molecules and mix with the surroundings. This leaves us with much lesser tea than we imagined.

Evaporation is a natural process which does not involve any external force. Evaporation occurs naturally because there are a few molecules which can gain enough amount of kinetic energy by constantly colliding with the surrounding molecules. In a liquid, there are large bodies of molecules, and some of them gather enough amount of energy to get converted into gaseous molecules even in the room temperature.

How To Slow Down Evaporation? 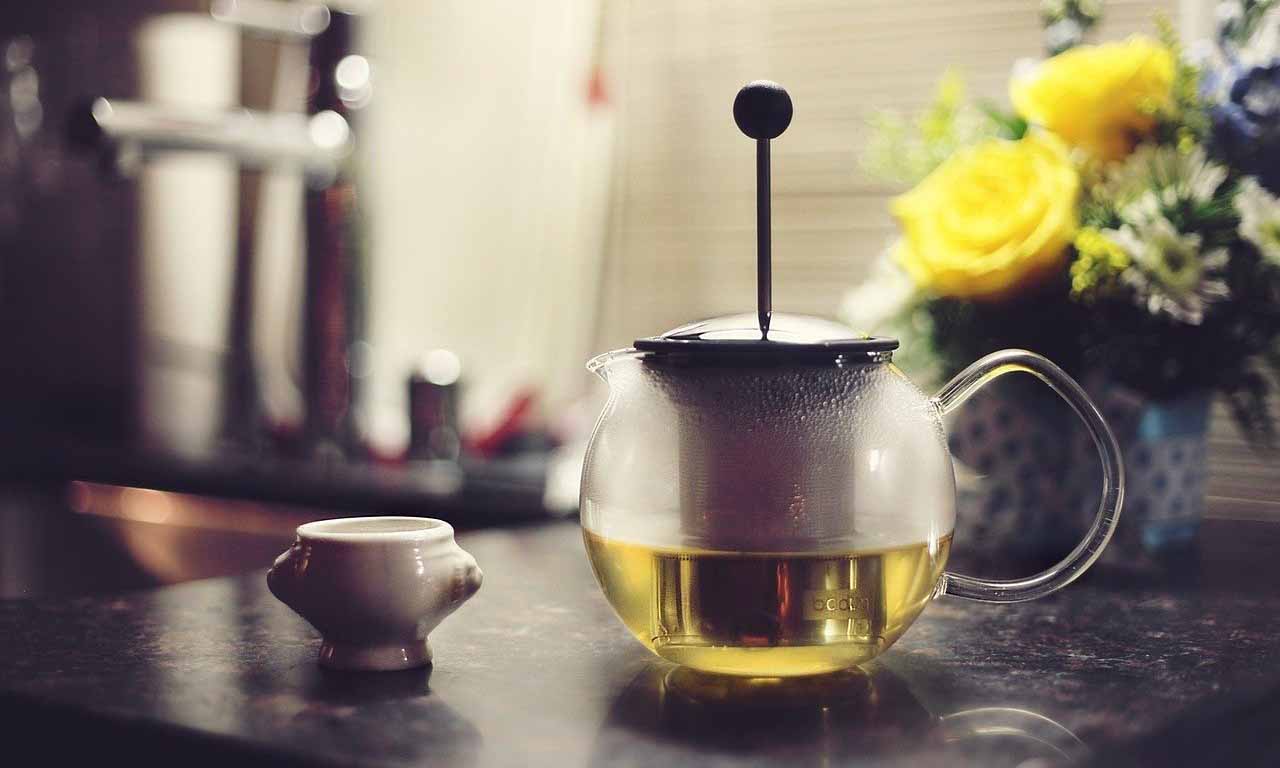 I. Transfer the warm tea into a container with a tight lid. The lid of the container prevents the liquid particles from escaping out into the surrounding air. The process of evaporation might still be possible, but the lid reduces the rate of escape to a great extent.

II. Transfer the tea into a vessel which has a much lesser surface area. Since evaporation is a surface phenomenon, more amount of exposed surface leads to a higher amount of evaporation. In order to reduce this, one must reduce the surface area of the container where the warm tea is kept. This reduces the rate considerably. A container with lid is always preferable, but if not possible, a vessel with a lower exposed surface will to work.

III. Keep the warm tea in a cold place. The colder the surrounding, lesser is the kinetic energy of the liquid particles. Thus, less rate of evaporation is observed. Therefore, the vessel containing the tea must be put in a cold, shady place, away from direct sunlight and high temperature.

The above steps will considerably reduce the amount of evaporation from the surface of the tea. These points must be kept in mind the next time you brew a cup of tea for yourself. It is not completely possible to stop evaporation, but it can be reduced to an extent which will be noticeable.

Even though evaporation is a natural phenomenon, and it reduces the amount of tea to a lot extent, it is never enough to evaporate your tea completely. Evaporation can never completely dry out your cup of tea at room temperature. All the particles can never be excited enough together to completely run dry a liquid. So, after a certain time, the rate of evaporation is almost negligible given the condition of fixed temperature and humidity. Humidity along with temperature are the two factors on which evaporation depends upon. Higher the humidity rate, lower the rate of evaporation ( because the air is already saturated with water molecules).

Can Your Tea Evaporate Completely In The Room Temperature?

The process of evaporation is a natural process, and it must not be a huge concern to us. It will still always be advisable to enjoy your warm cup of tea right after you brew it!