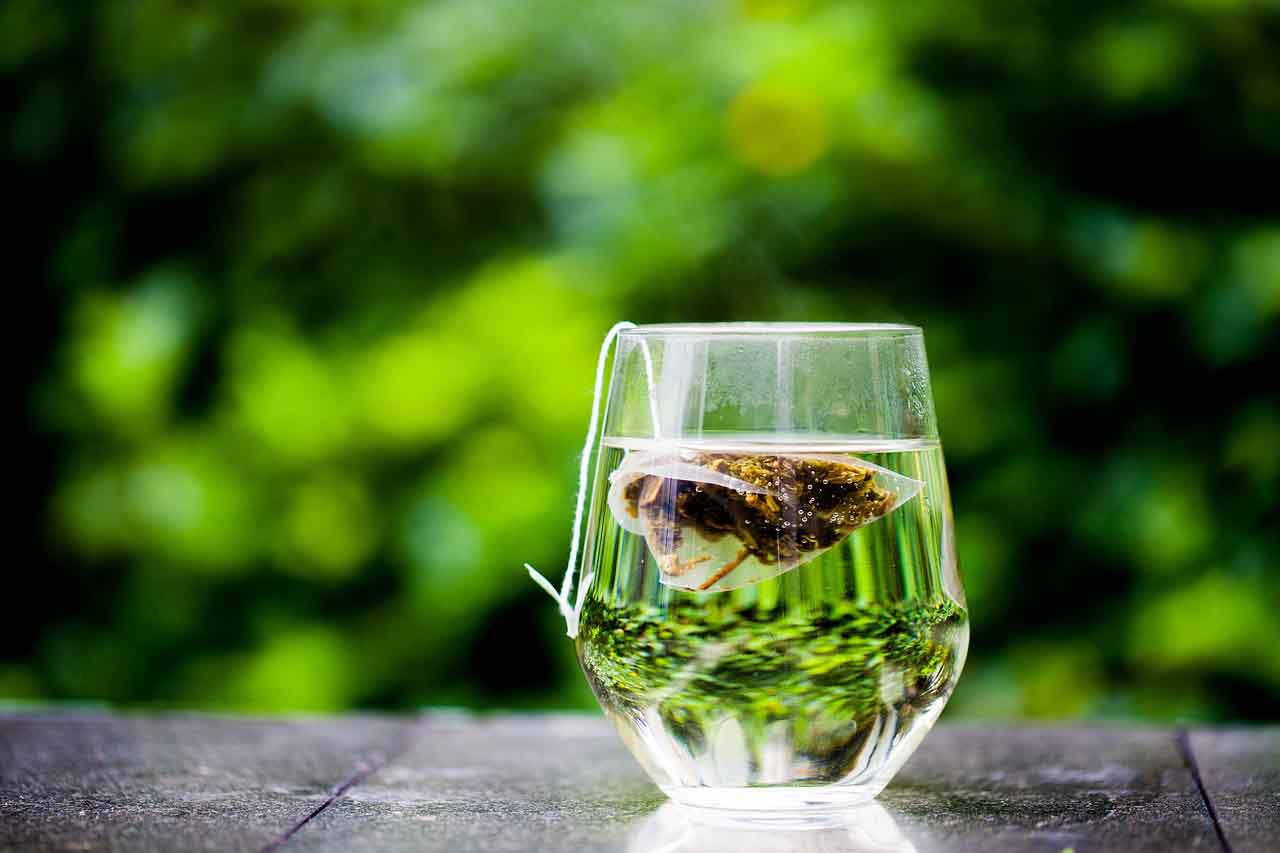 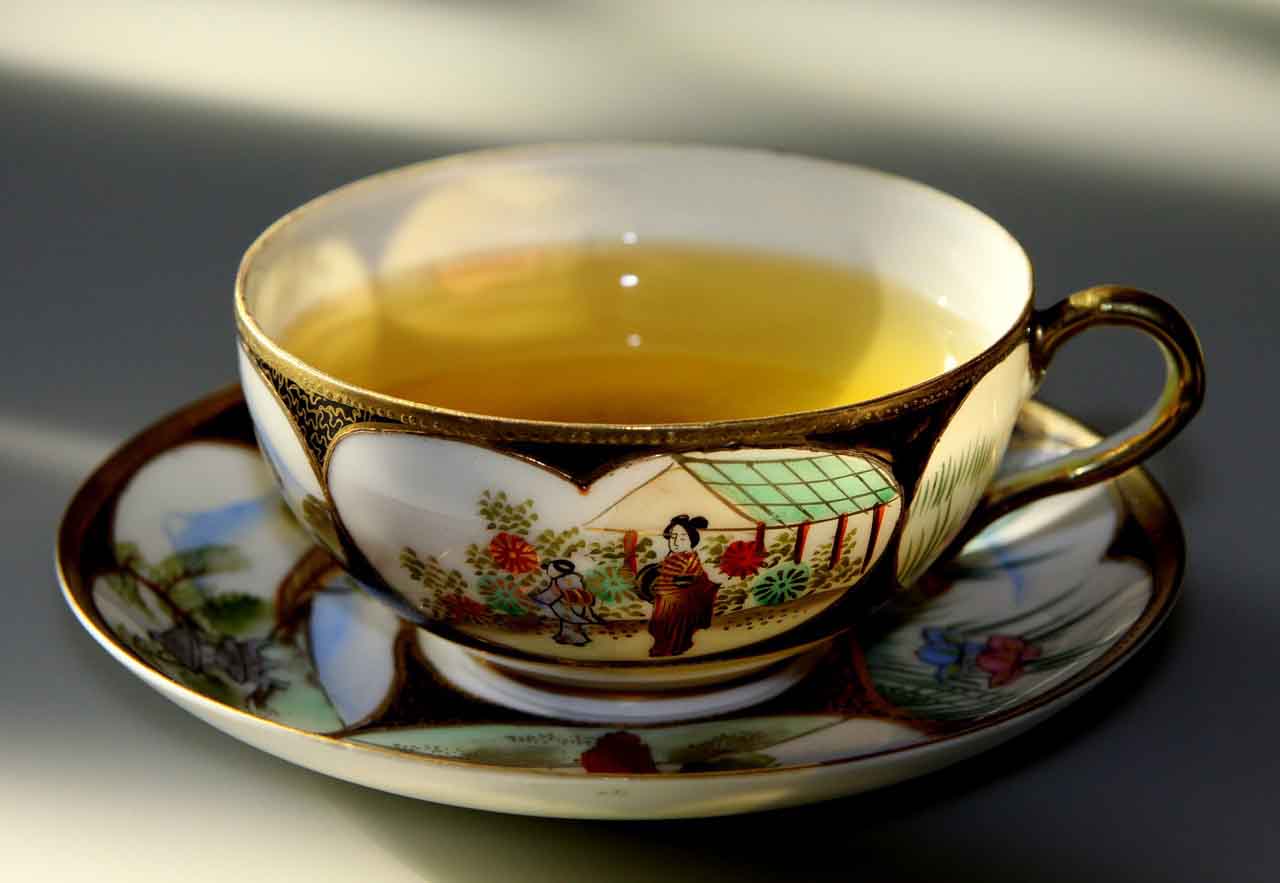 Tea is enjoyed across the globe by everybody. People of different age groups, of various backgrounds, enjoy the most celebrated beverage in the world in their very own manner. With the growing demand for tea, it has always been put under the scrutiny regarding the issues of safety. Questions ranging from the effects of tea on the body to a safe period of consumption before getting expired have often been thrown upon it.

Tea is an infusion of the tea leaves on the warm water. A beverage composed only of flavored water is expected to hydrate your body upon consumption. However, it has always been questioned if tea can actually dehydrate your body. The questions arise from the stimulant present in tea which is often linked to health adversities.

Can tea dehydrate you? No, tea does not dehydrate your body. Tea has caffeine which makes it diuretic in nature. Caffeine increases blood flow to kidneys resulting in peeing. It is thought that caffeine negatively impacts hydration status. Still, moderate caffeine consumption does not appear to raise the risk of dehydration.

While tea or coffee might not be the first drink, you crave for after your exhausting workout session, but this would not be your lousy beverage choice either. This is the most confusing fact that tea does hydrate your body. This might seem a straightforward headline or topic to argue on, but people tend to go into numerous debates regarding this.

Both coffee and tea (unless it’s decaffeinated or herbal tea) contain caffeine, a stimulant that can help increase mental alertness, decrease fatigue. Caffeine increases blood flow to the kidney and fluid output which results in feeling to urinate. Caffeine is generally diuretic in nature, which leaves an impression of it as a dehydrating drink, which is not true.

Suppose you are someone who drinks a moderate quantity of tea or coffee in a day. In that case, the caffeine in it is definitely not dehydrating for you. It has been found out that in 100g of tea there is around 20mg of caffeine which is very nominal for a human body. But, as we all know that excess of anything is not good, so is here.

If a single intake more than or around 400mg of caffeine almost daily then it will leave a negative impact on one’s health, it will let all your body fluids to drain out in the form of urine, which then can be dehydrating for you and leaving you insomniac, diarrhetic, confused, headache and other such issues.

The process of the introduction of additional fluid to your body is called hydration. When a human body goes through some extensive physical task, there is an urge of drinking water. Even a sip of water gives a feeling of relief both physically and mentally. This process in the body is known as hydration.

Now, what causes a glass of water or two, to give a relaxing effect to a human body? Mineral water contains electrolytes in it which is responsible for regulating nerve and muscle, hydrate the body, rebuild damaged tissues, balance pressure of the body.

An electrolyte is a substance that conducts electricity when dissolved in water. Electrolytes are essential for thousands of bodily functions. Suppose an individual faces an acute imbalance of electrolyte in the human body. In that case, he/she might have to go through problems such as weakness, numbness, irregular heartbeat, muscle spasm, etc.

Beverage such as tea/coffee or to be more specific green tea or iced tea has a right quantity of electrolyte in it, which obviously adds to the hydration level, resulting in the proper functioning of the body. People tend to fall for the wrong impression of tea as a dehydrator for the body due to its diuretic nature, but the fact is it actually adds some water to your hydration level.

A review of 10 studies by Lawrence Armstrong from the University of Connecticut concluded that caffeine is a mild diuretic at most. 12 out of 15 comparisons showing that people urinated the same amount, regardless of whether the water they drank contained added caffeine or not.

Another study showed that when people drank nothing but tea for the 12-hour duration of the trial, there was no difference in hydration levels between them and the people who drank the same quantity of boiled water. Very large doses of caffeine are known to increase the blood flow to the kidneys. This then acts as a diuretic and results in producing more urine to remove fluids from our body.

How Does Water Hydrate Your Body?

Water, accounting on average for 60% of the body weight, is the most significant component of the human body. It is essential to life, and we cannot live more than a few days without water. Our body needs more than energy and nutrients in our diet, and it also needs water to survive.

Water plays a significant role in the human body. It is just like fuel to a vehicle. Just as a car cannot run without petrol/diesel; similarly, our body cannot function naturally without the presence of water in it. The human body is made up of numerous cells and tissues which needs water to remain healthy and functioning.

It is nearly impossible to calculate or examine the role of water in our body because it is present everywhere, and everything functions smoothly because of it. Water also plays a vital role in the digestion process. 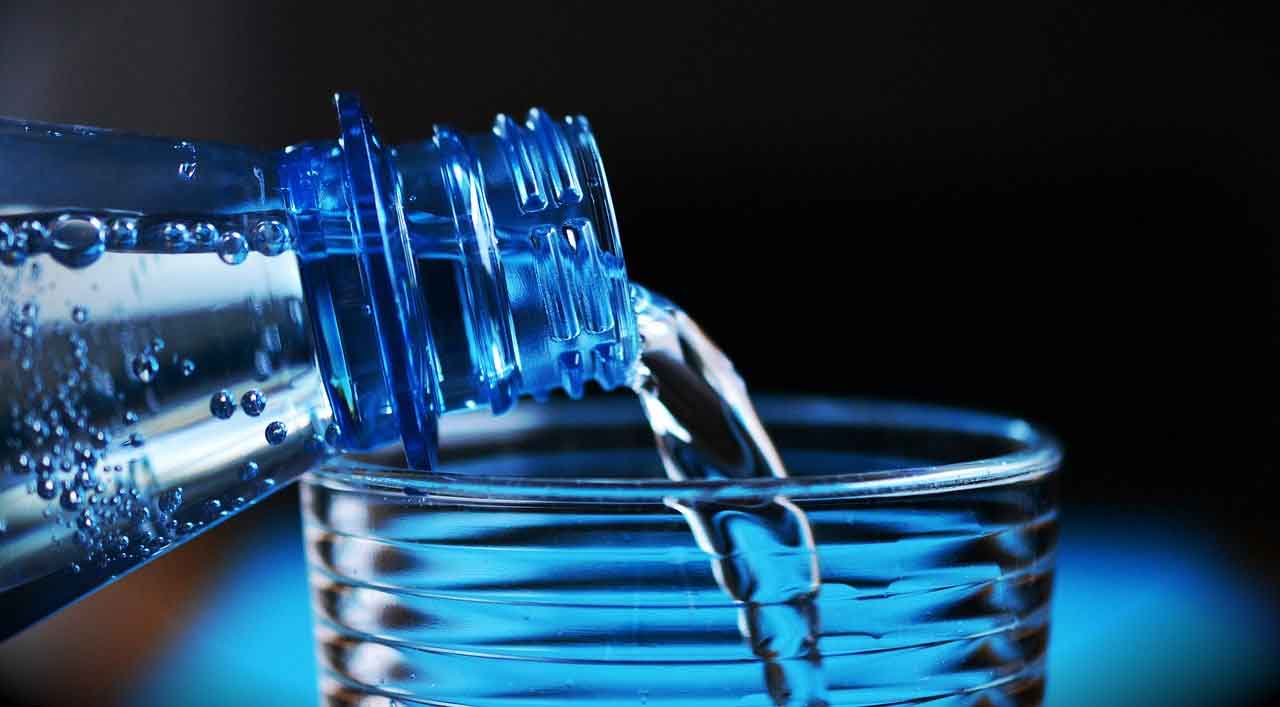 Water is an excellent solvent which means that food and its nutrients especially, dissolve and break apart easily in water. So, it’s no surprise water is involved in this part of digestion. Washing down food with water helps metabolism run quickly and efficiently.

Water also helps in generating sweat which is another way for eliminating waste from the body. So if a human body is not receiving an adequate quantity of water, then it will have numerous problems.

Another important fact why water loaded with minerals hydrates our body is due to the presence of electrolytes in it. The electrolyte acts as a current, which is a booster for our body. It generates an electric charge when dissolved in water. Sometimes, electrolyte water is referred to as mineral water or alkaline water.

These electrolytes help you overcome your hydration level when you are sick or when you are losing water from your body due to sickness. This also helps in prevention from heatstroke. Water is vital for every living organism on this planet.

How Much Caffeine Is Too Much For You? 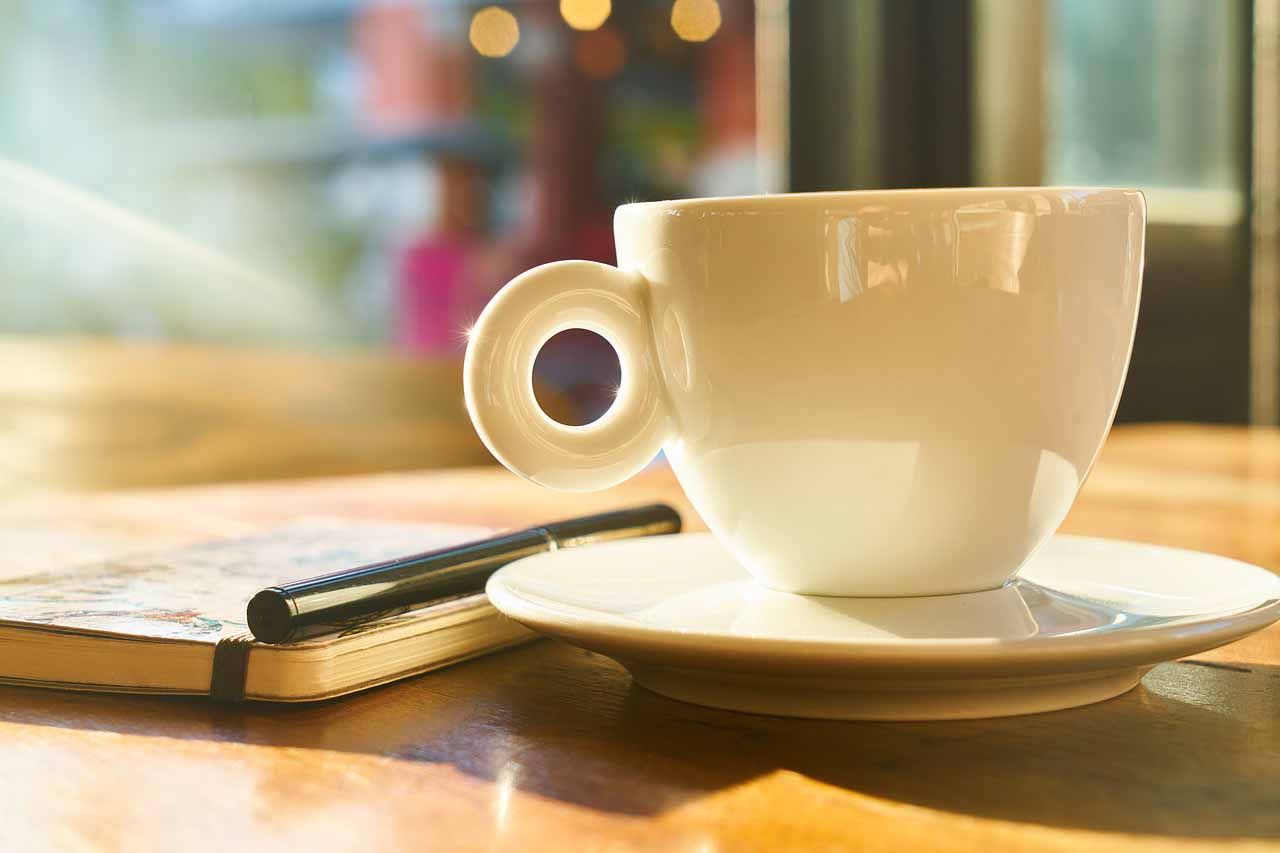 Caffeine is a drug that naturally occurs in the leaves and seeds of many plants. It’s also produced artificially and may be added to certain beverages and foods. Caffeine stimulates the central nervous system, causing increased alertness. Many people take it because they experience a temporary boost in energy and a slight elevation in mood.

Approximately 80% of the world’s population consumes caffeinated products every day, including roughly 73% of children. Although soft-drink consumption has declined in teens over the past decade, caffeine consumption in young people hasn’t changed. Teens are turning to coffee and energy drinks for caffeine.

Most of the people around us struggle to decide how much caffeine is too much for our body. This is very common among youngsters nowadays who are stuck into their busy schedule and find tea or coffee or other such beverages to be comforting and relaxing for their mind and soul.

Some people tend to drink almost 8-10 cups of tea in a day which leaves a negative impact on a human body in the long run. Caffeine can cause several unwanted side effects in both teens and adults. Some people are more sensitive to caffeine than others, and just a small amount may produce undesirable effects like insomnia, restlessness, nervousness, excited.

Some people, especially the youth, tend to take caffeine because it doesn’t make one sleepy. This harms the body as this keeps the body sleep deprived. The effects of caffeine may begin only a few minutes after consuming it.

Caffeine has a half-life of approximately five to six hours, which means it takes this long to reduce the concentration in your blood by half. Caffeine may also cause the body to lose calcium. Consuming too much caffeine could lead to bone loss over time. Drinking soda or energy drinks instead of milk may also place a teen at a higher risk of developing osteoporosis.

Many people report feeling “addicted” to caffeine because they have trouble quitting or cutting back on their caffeine intake. Some people continue consuming it even though they experience unwanted psychological or physical side effects.

From all of the above information, we can easily conclude that tea does not dehydrate your body. It is mainly due to the presence of caffeine which is diuretic in nature, and thus people tend to misunderstand it.

Tea instead contributes some percentage of water to the body, which increases the hydration level and lets the body to function more smoothly. Also, the presence of electrolyte in it plays a vital role in the human body, which is needed for many essential functions that our body performs almost daily.

But do not forget that excess of anything is not right. However, consumption of tea within the safe level of caffeine intake will not trouble your body.

How To Reuse Tea Leaves?

Can Tea Be Addictive?

What do we first imagine when we hear the word ‘tea leaves’? Well, some long magical lea…

Tea leaves are extracted from the leaves of an evergreen shrub named Camellia Sinensis. The magical …